Our original PatentWear Edison Bulb design is printed in full color on a heavyweight 6-ounce pre-shrunk 100% cotton men’s/unisex t-shirt using an eco-friendly water-based ink process, in shirt colors as indicated. The large design is printed on the front only. Some element colors in the design change slightly depending upon whether it is printed on a dark or light shirt.

Who invented the light bulb? One name—Edison—invariably comes to mind, but the answer isn’t so simple. There were at least twenty-two other people who invented various versions of the light bulb in the 19th century—before Thomas Edison’s. He did perform extensive testing, and did invent his own version of a light bulb, but in reality, Edison bought the patents from others who did the original inventing, and then mostly improved upon them.

Man-made electrical lighting first appeared in 1810 when English inventor Humphrey Davy invented the arc light, but it was too bright and too power-consumptive to be successful. Later, in 1860, another English inventor named Joseph Swan produced and patented (in the UK) an incandescent lamp with a carbonized paper filament in a partial vacuum—the world’s first electric light bulb. When electricity was passed through the filament in the vacuum, the bulb glowed. Swan’s light glowed for a stunning thirteen hours!

Though on the right track, there were two key problems that took years to be solved. One was to discover a long-lived high-temperature filament. The second was to create a complete vacuum—no oxygen—in the sealed bulb to ensure longevity of the filament. After testing six thousand alternative plant fibers, Edison (as did Swan previously) settled on a cotton thread as the best filament for the job. Edison bought Swan’s patent and experimented further, finally deciding on a carbonized bamboo fiber filament for his first successful long-burning light bulb—it glowed for over 1200 hours!

Edison purchased numerous other patents associated with the development of “his” lightbulb. With so much competition, and big money invested in innovations, the industry was fraught with suits and coutersuits for years to come. Swan and Edison clashed over patent infringement, then saw the light, agreed to quit fighting, and subsequently formed the Edison & Swan United company together. It became one of the world’s largest light bulb manufacturers. Thomas Edison is usually cited as the father of the lightbulb, but it is probably more accurate to give him credit as the creator of the first commercially viable light bulb.

Our Patentwear design, adapted from Edison’s original “Electric-Lamp” patent, is a symbol of the tar-putty lamps produced by John Howell according to Edison’s patent description, and used as key evidence in 1890 during one of the world’s most famous technology infringement court battles. It finally clinched Edison’s victory—once and for all. 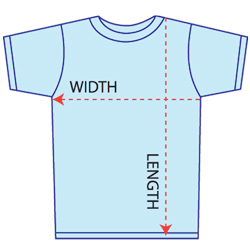